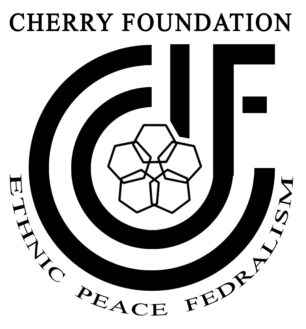 The Federal Journal releases quarterly assessments about the Spring Revolution in Myanmar, various forms of anti-junta movements taking place in ethnic areas in Myanmar. This time publication is a summary compilation which covers the following situation in ethnic areas between August and October-

Township/ tribal based Defense Forces were formed to resist the military regime. Among the states, Chin and Kayah have the largest number of defense forces, where local defense forces are also found in Shan, Kayin, Kachin and Mon states as well. No local defense force formation in Rakhine State is observed.

The Karenni National Defense Force (KPDF) was formed under the political leadership of the Karenni State Consultative Council (KSCC) Karenni State and several townships of Shan State where Karenni people live. KNDF is made up of youths from various townships of Loikaw, Moepye, Demoso, Hpruso, Bawlakhe, Hpsawng and Hpekhon. It is estimated that the number of permanent troops is about 10,000 and 5000 reserved members. Between August and October, there were at least 46 clashes between the military council and the Karenni Army (KA). At least 15 times of armed clashes between the Karenni National Defense Force (KNDF) and the Junta troops are also reported during that period. The fighting was mainly broke out in Hpekon, Loikaw, Demoso, Bawlakhe and Phruso Townships.

Township and Tribal based defense forces have formed in Chin state and beyond where Chin people live. In and around 16 of force groups are observed using the name of Chinland Defense Forces, and defense forces with different names are also seen such as CNDF and PDF-Zoland. Under the leadership of CNF in terms of command and control, a joint defense coordination body called Chinland Joint Defense Committee (CJDC) was also formed. Approximately, the strength of army personnel under CJDC is over 13000.

It is reported that G-Z youths, students, civilians, staff and technicians together formed local forces in various Townships under the name of Mon National Guard Force in Townships. Township defense forces emerged in 13 Townships such as Kyeiktho, Thaton, Mawlamyine, Chaungsone, Thanbyuzayat, Bilin, Paung, Kyeimayaw, Mudon, Ye, Theinyazat and so on. From August to October, at least 11 clashes were reported between SAC’s troops and a Joint operation of KNU and local defense forces in Mon state. At least 6 clashes were also reportedly observed between people’s defense forces and Military Junta troops in Kyeiktho, Bilin, Thaton, and Ye Townships.

Under the leadership of KIA/KIO in Kachin State, at least 11 Township-based People’s Defense Forces have been formed.

Between August and October, there were at least 49 incidents of armed clashes between Junta troops and the KIA took place. The townships with the highest number of clashes are Putao, Tanaing, Hpakant, Nanmati, Mokaung, Mokyein and Momauk.

Between August and October, at least 47 times of armed clashes between Junta troops and KNU happened. Joint operation of KNU and People’s Defense Forces against the Terrorist troop occurred at least (6) times in Pha-an, Myawaddy, Kawkareik, Kyar Inn Seik Townships.

Ethnic groups in Shan state formed at least 11 groups/forces of the township and ethnic-based People Defense Force. The formation of Defense Force based on Pa-O, Tachileik, Shan North, Taung Gyi, Ngawncho, Shan South, Inn, Danu, Taung-yo and Tipaw which have determined to work together with NUG’s military wing.

Between August and October, at least 61 incidents of armed clashes occurred between Junta troops and Ethnic Armed Groups. Most of the fights have reportedly happened between the Kukang armed group (MNDAA) and Military Regime troops. At least 15 clashes were also broken out between local people’s defense forces and the Regime troops. Armed clashes were also seen between Ethnic armed groups in Shan state.

Due to the attacks of Junta troops in ethnic areas, civilian casualties, injuries, loss of properties, detentions and displacement situations in each state are reported from August to October as below.

At least 4 civilians were killed and 13 got injuries in fighting in Kachin State in the past three months. More than 12450 have been displaced in Kachin state since the coup.

Fighting since the coup has forced more than 110,200 local Karenni people to flee their homes. At least 31 civilians were killed and at least 59 were injured within the three months period of armed conflicts. In addition, at least 136 houses of local people were burnt and destroyed and at least 49 civilians were observed to be arrested.

It is reported that fighting between August and October killed at least 3, injured 21 and arrested 10 civilians in Kayin state. The arm conflict has displaced over 60,050 of local Kayin people since the coup.

It is reported that at least two civilians were killed, and 8 civilians were injured due to arm clashes in Mon State from the period between August to October, and the other 312 civilians got arrested in the state. No displacement of local Mon people is reported yet.

Between August and October, fighting left at least 11 civilians dead, injuring 18 and arresting at least five others in Shan State. Fighting since the coup has displaced more than 20,210 people from their homes.

State/Ethnic based Consultative Councils in Post-Coup

After the military coup, various stakeholders formed political coordination in each of their own states and ethnic groups. To date, five state/ethnic level coordination platforms have been formed and seen in Kachin, Kayah, Chin, Mon and Shan states. No state-level coordination body after the coup has not been observed yet in Rakhine and Kayin states.

The Chin National Consultative Council (ICNCC) was formed jointly in April by CNF (armed group), political parties, and members of parliament and civil society groups involved in the uprising is currently drafting the Chin Charter and plans to finalize it before the end of November. After the approval of the Charter, it is intended to form an interim Chin National Unity Government in December, according to officials. Currently, the ICNCC has formed the Humanitarian Committee and the Covid-19 Committee, and these committees are learning to start providing public servicing to the people of Chin.

The Karenni State Consultative Council (KSCC) was made up of 37 members from elected members of parliament, political parties, Ethnic Armed Groups, civil society organizations, youth and women’s organizations, which is intended to perform the interim administration, defense and security, education, health, food and shelter for the people within the state. As the KSCC is preparing to build a strong government at the state level, Kareni State Police (KSP) and Education and Health Committees have been formed and started functioning activities in those sectors. State Defense and Security Committee, Humanitarian Committee and Political Support Committee have been set up, and efforts are being observed to implement the respective activities.

The Mon State Interim Coordination Committee (MSICC) is formed by the leadership of activists who have been taking part in the Spring Revolution in Mon State. The MSICC aims at the following principles: overthrowing the dictatorship, restoring democracy, national equality, self-determination and building a Federal Union. MSICC is cooperating with the NUG government and is currently negotiating for the ratification of the NUCC-drafted Federal Democracy Charter. No plan of forming an interim Mon State government is observed.

The Kachin Political Interim Coordination Team was formed and led by a 15-members committee on March 9-11 with three representatives from five local and foreign Kachin organizations. It is learnt that it plans to form an interim Kachin State government soon. From August to October, KPICT is observed focusing on mobilizing and awareness-raising to the community and public through an online platform.

As a political goal of the TPCC

(1) The end of the dictatorship;

And (5) the establishment of a federal democratic union state.

According to the TPCC, Naing Aung Mai told the Federal Journal that an interim Ta’ang Region Administration has been set up in accordance with the CRPH’s guidelines to assist vulnerable people.

Due to the military junta’s violent crackdown, it is seen that the trend of most nonviolent movements turned inevitably into armed defensive resistance. However, nonviolent protests are still taking place in the mainland and in ethnic areas as well, especially in Hpakant, Kalay, Kawkaraik, Ye and Paung towns.

The Hpakant town of Kachin State is observed as the largest protest site with 22 times in August, 20 times in September and still 23 times in October.

In Myitkyina, protesting against the military junta were observed as a joint activity of Kachin State Civilian- KSCM, basic education student unions and civilians, where the protest rallies were observed 14 times in August, 10 times in September and 3 times in October.

Similarly, protesting against the regime of student unions and local people were seen 15 times in August and 2 times in September in Mohnyin Town of Kachin.

Within three months from August to October, three times of non-violent protests in Pha-an Town, 5 times of trike movement led by women was seen in Three Pagodas Town, 13 times of rally movement with about 100 people led by women groups and local people were also seen in Kyar Inn Seik Town, Kayin State.

Mon State is the place where peaceful protesting led by youth groups in some townships is seen till today. In Mawlamyine, Kyaikto, Thaton, Paung and Ye Townships, peaceful protesting rallies of youths and the local people have been seen 16 times in August, 4 times in September and three times in October.

In Shan state, non-violent movements against the military junta were observed 2 times in September and 4 times in October at Tachileik, Namkham and Kyaingtone towns.

However, in Kalay in which half of the population is made up of Chin people, the non-violent movement supporting NUG slogan was observed 8 times in August, 6 times in September and 11 times in October respectively.

Protesting against the military regime in Kayah State was seen as the strongest movement among ethnic states. A peaceful protest in various townships in Kayah State was observed from February to May 2021, but the military junta cracked down and carried out killing, violent arrests and detentions which ended non-violent protesting and turn the movement into armed resistance.

As having been understood, no anti-military protest and anti-coup movement are observed in Rakhine state.

Compiled and presented by the Federal Journal.

Read by the PDF file –