Rethinking a Parliamentary-Federal Proposal for Burma 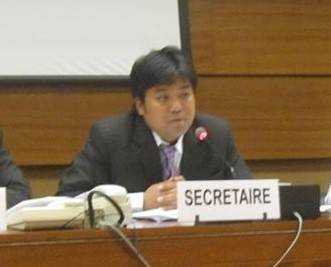 Rethinking a Parliamentary-Federal Proposal for Burma*

Dedicated to the memory of Dr. Vumson Suantak, a Chin patriot and tireless advocate for federalism in Burma

Most observers and participants of Burma’s democracy movement generally agree that federalism provides the best option for the future political arrangement for a country so diverse as Burma. Even among ethnic Burmans, who have traditionally tended to view federalism as a recipe for disintegration and an end to Burman majoritarian rule, there seems to be increasing cognizance of the fact that rebuilding a successful Union of Burma would not be possible without embracing the principles of federalism. The rationale for federalism has been convincingly and effectively argued by both activists and academics alike, and has become widely accepted and endorsed by the international community as the most viable solution to political crises in Burma. Despite the popularity of a federal solution, however, few people have actually looked into what a federal-parliamentary system might entail once it is instituted. There exists few literature, scholarly or otherwise, that looks at in details each area of key components of federalism as they apply to the case of Burma—such studies that will help propel further discussion and speculation on exactly how the different power structures might operate within a federal-parliamentary framework. Among the area of great interests, and perhaps the most important concern in Burma, is the relative power of a federal second chamber to the popularly elected first chamber, in the area of formulating national policy agendas, which affect all constituent members of the federation.

It goes without saying that to have a successful and cohesive Union, the shared national institutions need to reflect the internal diversity of the constituent units as well as to be truly representative of the people. One way to measure the representativeness of internal diversity is by looking at the composition, as well as constitutional decision-making powers, delegated to the federal upper house. It is common understanding that post-transitional Burma, whether it be under genuine democracy that activists advocate for, or military-dominated ‘disciplined democracy’ that may come out of the ‘National Convention,’ will have a bicameral legislature. This situation warrants a careful look and deeper analysis of the nature, prospective functions and operation of the federal upper house since it is this second chamber that will ultimately be a determinant of whether a new Union of Burma will be a successful, cohesive and effective one. The formal constitutional power of the federal second chamber and its subsequent role in important national affairs will largely determine the strength or weakness of the voice of the ethnic nationalities in the political process. Secondary to this, or perhaps even more important, is the kind of political system that will go together with federalism in Burma.

It is generally assumed that Burma will have a multi-party parliamentary democratic system, a model of government that was once practiced prior to the military takeover of 1962. Clearly the general elections in 1990 were held with this system in mind. Ethnic opposition groups who have long advocated for federalism, too, have expressed support for such kind of a system. But what has long been out of consideration is the possible implications parliamentary system of government will have on the operation of federalism in Burma, especially in regard to the role of the ethnic nationalities in the political process.

A careful look at the dynamics and operation of federalism in countries that practice parliamentary form of government with federalism, most notably Canada and Australia, indicates relatively weak roles of the Senate, as well as the lack of effective representation of the voices of internal political units. Parliamentary system of government is grounded on the principles of responsible government, a government that is directly responsible and answerable to the lower house of the legislature that is elected on the basis of population. This fact alone excludes any effective and meaningful role of the second chamber in important areas of political power in parliamentary systems. This, in Burma case, will translate into a weakened role for the ethnic nationalities in principal areas of political decision-making, which will put them at a position of double disadvantage since common sense tells us that the ethnic Burmans who are majority in terms of population size will already control the lower house of the legislature.

Fusion of Power in Parliamentary System

Parliamentary system of government is characterized by a unique power arrangement, which is often described as a ‘fusion of power’ by political scientists. This is to say that unlike the American system where there is a clear dichotomy of constitutional division of power among the Executive, Legislature and the Judiciary, parliamentary form of government provides a ‘fusion,’ or concentration of power in the hands of a single person—the Prime Minister. In parliamentary democracies, the Prime Minister controls the rein of government as well as the legislature. He also has the power to select judges to the Supreme Court. This, simply put, vests the Prime Minister with enormous and largely unfettered political power—Executive, Legislative, and to some degree, Judiciary powers. By contrast, the principles of federalism provide for a division of powers among the different branches of government, as well as between the different levels of governments, in order to allow for ‘checks and balances’ in the system.

This paints a clear picture of how parliamentary democracy system would have effect on the operation of federalism in Burma: a weakened upper house where the ethnic nationalities could have the most possible influences in important policy areas and a very powerful Prime Minister, predictably from the Burman ethnic group, who has control over both the Executive and Legislative branch of government. This will inevitably result in diminished roles and weakened voice of the ethnic nationalities whose only effective channel of direct influence in the national institutions would be through the upper house of the legislature.

Perhaps one of the most notable emphases of parliamentary institutions is strong ‘party discipline.” The idea behind party discipline is to achieve cohesion and consistent voice for a political party to ensure effective implementations of policy or ideological objectives for that political party. In theory, a Member of Parliament is supposed to be representing his or her constituency and is always expected to act in the best interest of the people from a particular riding who elected that person. But this is not always the case in parliamentary system where party discipline requires an individual Member of Parliament to conform to party rules and priorities, failure of which could result in penalties such as demotion or, in extreme cases, expulsion from that party. By contrast, the American presidential-congressional form of government provides high degree of independence for individual members of the Congress, which tends to be better representative of the voices and needs of the individual constituencies, rather than of the political party to which he or she belongs.

A quick look at Burma’s political and electoral history during the parliamentary democracy era between 1948 and 1962, as well as voting outcomes in the 1990 general elections in which the National League for Democracy party won more than 80 per cent of contested seats in the People’s Assembly, suggests the [possible] dominance of a single national political party. The military junta never recognized the outcomes of that election and continues to insist on the successful completion of the widely discredited constitutional drafting process through the National Convention, which basically seeks to entrench dominant military role in any future political process. The landslide victory of the National League for Democracy party led by Nobel Laureate Aung San Suu Kyi in 1990 might have been good, both for symbolic and practical reasons, for a country trying express opposition to decades of a one-party Socialist and military rule. There was in fact a desperate need for a strong and united national political party to lead a transitional government that is trusted by both the people at large and the ethnic opposition groups. But given that the NLD had won considerable seats in the ethnic areas, and given that parliamentary form of government provides for a strong party discipline, ethnic representatives elected on NLD tickets might not have been able to able to assert the interests of their constituency as effectively as a scenario in which they are elected from locally-based political parties.

The 1990 general elections were meant for a unicameral legislature with the intention that those elected will lead a transitional government that will draft a permanent national constitution, presumably a federal one, which will have a bicameral legislature. The popularity of the National League for Democracy, a party which could retain considerable seats in the ethnic areas, would have important implications for the way in which the federal upper house operates. Already controlling the lower house, such a political party would also enjoy degrees of control over the behavoir of elected ethnic representatives in the upper house through the mechanism of ‘party discipline’ found in parliamentary traditions. This scenario will mean a weakened representation of ethnic voice in the already weak federal upper house. This has consistently been the case in Australia where voting patterns in the Senate have been found to be heavily ‘party-oriented,’ rather than ‘State-oriented’. The same is true with Canada where the unelected Senate, handpicked by the Prime Minister, tends to vote along party lines rather than for regional interests. In essence, this doubly ensures the success of any legislative agendas for sitting Prime Minister whose party appointed the most Senators.

Conclusion: A Strengthened Upper House for a Cohesive Federal Union

For the ethnic people to have any meaningful and productive voice in the future political process in Burma, the upper house needs to be empowered in such a way that it will have absolute or suspensive veto in all such matters of national importance. The kind of close executive and legislative relationship in parliamentary government especially warrants some sorts of ‘checks and balances’ to guard against excessive dominance of the executive. This is because the over-dominance of executive power can have a corrosive effect on federal cohesion. A strengthened upper house will inevitably translate into a strengthened voice for the ethnic people. In turn, this will create a basis for trust, harmony and cooperative spirits among members of the federal constituent units. There is high degree of imbalance in both geographic and population size among the different ethnic groups in Burma. The absence of effective and equal representation in a powerful upper house could serve as a source of frustration for constituent units with smaller population size, which could over time lead to the erosion of federal solidarity. To bring this into context, Chin State, for example, had only 13 electoral constituencies during the 1990 general elections – a very insignificant number out of a total of 485 constituent seats nationally for the lower house. To borrow the words of professor Jim Foulds, a former Ontario provincial Member of Parliament, in raw political terms the 13 Chin MPs would have constituted a mere “begging block” in the lower house of Parliament. However, through equal representation in the upper house that is equally powerful as the lower house, they could easily become a “bargaining block,” a position that could compel the federal government to negotiate, rather than simply ignore the concerns of the Chins.

———————–
* The author originally intended this article to be an academic essay, which would provide deeper analyses of the topics presented with wider research on comparison and contrast among parliamentary, presidential, and hybrid from of political arrangements. However, due to time constraint and other personal limitation, this informal essay is written with the view of providing introductory insight into the prospective nature of operation and dynamics of federal institutions under the much approved and widely talked about parliamentary democracy in Burma. It is hoped that this article will incite further discussion on the subject.